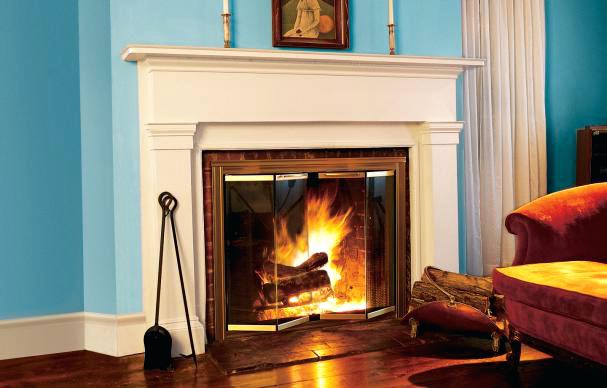 There is just something special about a real fireplace burning real wood. Every time that I see a faux fireplace with its phony flames and artificial warmth, I almost want to laugh at such a pale imitation. It may look kind of like the real thing, but we all know perfectly good and well that it isn’t the real thing at all. Even a blind person could probably tell the difference. This is the case because the human soul just responds to a nice open fire.

This is undoubtedly the result of history. Over thousands of years, humans have found fire to be not only useful, but essential. The discovery of fire is often cited as one of the things that must have brought our distant ancestors out of the abyss of screaming savagery and into the civilized way of life that we have tried to cultivate ever since. There is no substitute for that which is ingrained deep within the soul of a species.

And we all know also that there is a certain feeling of satisfaction that only comes when you take a set of logs and light them up with a great big WHOOSH! It seems that no matter how educated you are, it feels like magic every time. All you want to do is sit next to the fire with those who care most about and enjoy that nice flickering blaze. I would simply describe this feeling as a feeling of home. This is appropriate because, as the old saying goes, “home is where the hearth is”.

Some people seem to think that it is no longer practical to burn wood because of a dwindling supply. In fact, nothing could be further from the truth. It is still quite easy to find a cord of firewood for sale and even to have it delivered to your home. Firewood doesn’t tend to be expensive, and when you are not using it as your primary heat source it becomes a lot cheaper. When you use it as a supplementary source of heat to complement a more modern source you get the best of both worlds. You get the earthy crackle of the campfire with all the convenience of the modern home.

Sadly, most modern homes are built without fireplaces, but it is not a particularly hard matter to have one installed. Since they mostly just consist of bricks, it is not that hard to do. But, if your home’s design does not allow for a fireplace, you can always opt for a woodburning stove which produces much the same effect. If you do this, make sure that your stove is properly vented to the outside so that you don’t choke yourself to death on the smoke.

Next winter, do what you really want to do. Grab yourself a handful of logs, throw some lighter fluid on them, and send them up in flames with your lighter. Get the family together around the fire and just let them do whatever they normally do. In this way, the ancient tradition of gathering around the hearth will hopefully survive awhile longer.

3 Reasons You Should Never Put Off HVAC Repairs 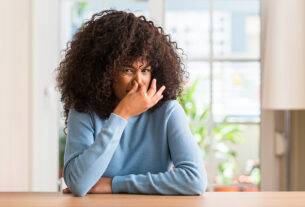 4 Reasons Why Your AC is Producing a Foul Smell

Advantages and disadvantages of the three main boiler types