After several years of Brexit uncertainty in the UK, which has had a knock-on effect on house prices, the end of 2019 appears to bring better news for the housing market. The General Election in December seems to have brought a more stable and certain political future and experts are feeling optimistic for house prices as we move in 2020.

It appears general uncertainty in the economy made both buyers and sellers nervous in 2019 as, prior to the election in December, property portal Rightmove published results showing the number of homes being listed for sale had fallen by 15%.

Moving house can be an expensive and complicated process, with a large proportion of sales falling through, so it is understandable that buyers have exercised caution in a dubious economic climate. Buyers need to pay out for surveys, searches, legal expenses, homebuyers reports and stamp duty.

The housing market in the north of the UK was more positive than the market in the south during 2019. Properties in the north-west took, on average, 68 days to sell and made gains of 3.2%, compared to Greater London, which was the only area to see losses, averaging around -0.5%. Rightmove has now given predictions for 2020 and has projected a 2% rise in house prices in the UK throughout 2020. A revival of market activity is forecast to be seen around springtime, once buyers and sellers get over their apprehensions of 2019.

According to Rightmove’s report, London is expected to see growth again in 2020, but the largest increases are forecast to be in the UK’s northern regions, following 2019’s trend. Rightmove’s Miles Shipside has said that he expects ground to be made up from 2019, with more properties coming to market as both buyers and sellers start turning their held-off plans into reality

Time will tell exactly what happens in the housing market in 2020, but this optimism is certainly positive for the many buyers and sellers who are keen to get moving again.

What Makes an Arborist Qualified? 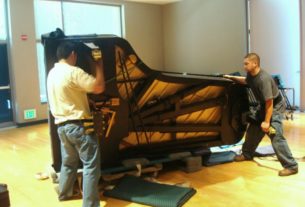 The Essentials Of Moving A Piano

4 Great Benefits Of Owning A Pull Down Bed